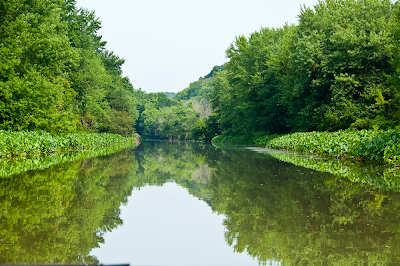 
Although the wind
blows terribly here,
the moonlight also leaks
between the roof planks
of this ruined house.

The poem, by the greatest woman poet of classical-era Japan, is one I first encountered in 1986 while working with Mariko Aratani, my co-translator for The Ink Dark Moon. At first, I had the poem’s words, I had the poem’s grammar, but its meaning eluded. Once it clarified, this became for me a life-altering poem, transforming my relationship to safety, permeability, awakening, and the mouth of the lion.

For some people the day comes
when they have to declare the great Yes
or the great No. It’s clear at once who has the Yes
ready within him; and saying it,

he goes from honor to honor, strong in his conviction.
He who refuses does not repent. Asked again,
he’d still say no. Yet that no—the right no—
drags him down all his life.

Cavafy is not generally thought of as a spiritual poet. This early poem's precipitating title comes from a story about a pope, as told by Dante, but that is not the reason it is here. Nor can I say I even fully understand the poem—the phrase "the right no" has been, for me, a decades-long riddle and harvest. But Cavafy’s basic proposal, that a person carries within himself or herself a great Yes or great No, requiring declaration—this surely is one gate to the spiritual dimension.

On a branch
floating downriver
a cricket, singing.

Reprinted with the permission of Jane Hirshfield.

Issa's singing cricket is Cavafy's “great Yes” in action. The haiku offers a portrait of the circumstances of all our lives. Carried by capricious currents, certain to die, we nonetheless fully live. The poem can be read, I realize, with different comprehensions. It could, for instance, be understood in the spirit of Beckett and Camus. Mostly, that is not how I feel it—but, as with many great poems, the versatility of the image is part of its enlarging meaning.

The birds have vanished down the sky.
Now the last cloud drains away.

Click on Spiritual Poetry: Nine Gates to read the entire article and all twenty-two poems selected by Jane Hirshfield (poet, translator, and Zen Buddhist) on the www.poetryfoundation.org website, from which the above excerpts are taken. Thanks to meditator Art Dunbar, Des Moines, IA, for sending this link.